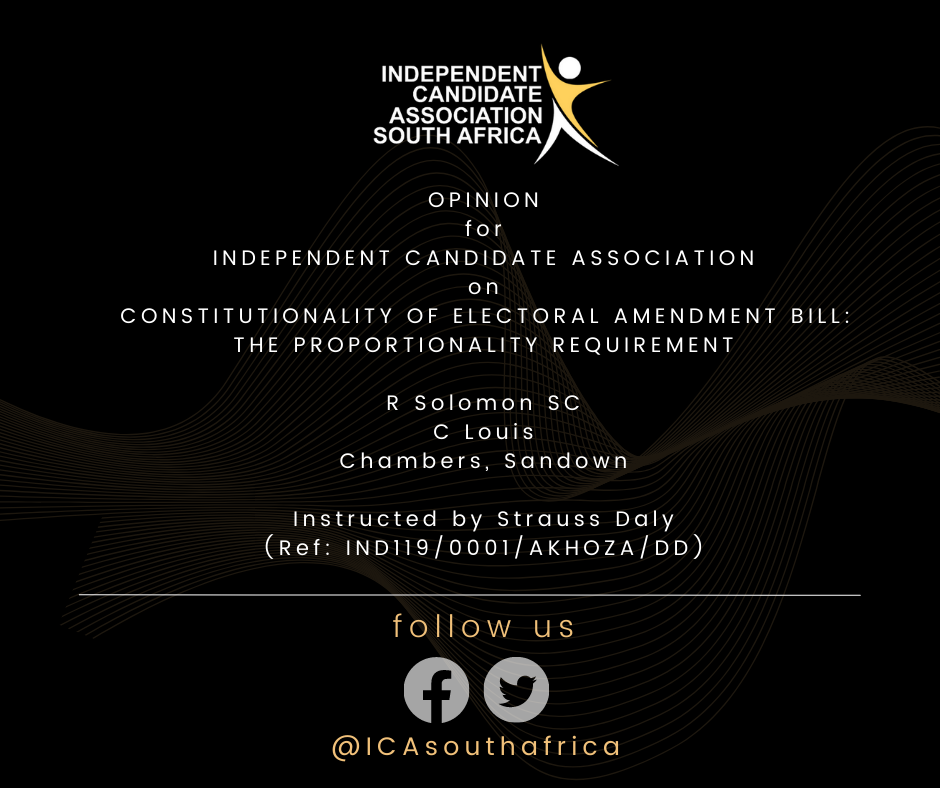 Click the below link to Read the Document: OPINION for INDEPENDENT CANDIDATE ASSOCIATION on CONSTITUTIONALITY OF ELECTORAL AMENDMENT BILL: THE PROPORTIONALITY REQUIREMENT CLICK HERE: https://bit.ly/3JQzhQD The above document is an attachment to the Submission document Handed to Parliament: https://icasouthafrica.org/716-2/