The ANC kiss of death

When I last wrote a piece about the DA I found, to my surprise, that I was accused of having some personal animus against Helen Zille because it was argued, I had once unsuccessfully applied for a job with the DA. All parts of this are wrong. I have no animus against Ms Zille – indeed, I was extremely sympathetic to her when she was most unjustly treated by the Maimane leadership. And I have never applied for a job with the DA or with any other party. It is, though, worth adding a note on “where I’m coming from”.

I trained and taught as a political scientist in Oxford. Inevitably – it rather goes with the territory – I got to know a lot of British, American and French politicians. A number of my former students became cabinet ministers, including two British Foreign Secretaries and an Australian Foreign Minister. Others became Senators and Congressmen in the US, and one of my French contacts became a leading presidential contender. Occasionally I was asked to serve as a political adviser but I only ever did this in an informal and unpaid capacity. I value my independence.

The same was true when I moved back to South Africa. I had a number of good friends in the PFP, particularly Van Zyl Slabbert and Helen Suzman. Later I was an informal and unpaid adviser to Tony Leon when he was DA leader. This was at Tony’s suggestion: I did not seek such a position. I also declined Tony’s suggestion that I should seek nomination as a DA MP.

When Helen Zille was poised to replace Tony I told her of my work for Tony and offered to continue in that capacity if she wanted. I was in no way surprised when she did not take me up on that – new political leaders almost invariably like to set up their own teams. I certainly didn’t mind – I am a busy person and had plenty else to do. Also, I had been an adviser to the Leader of the Opposition in the UK and playing the same role in the much smaller political world of South Africa, though interesting, had less appeal.

That said, although I am not a member of any political party I often sympathise with politicians. I have spent the whole of my adult life studying politics. Done properly, politics is a tough job, requiring skills in many different areas: tactical, organisational and strategic skills, oratory, financial acumen, man management and presentational skills, and a knowledge of a number of policy areas. All of these have to be combined with high intelligence, voluminous reading, a sense of humour and a capacity for both practical and abstract thought.

This is a very tall order. The best I ever saw were Harold Macmillan, Charles de Gaulle and Francois Mitterrand. All three were men of outstanding intellect who could have succeeded in a number of different fields.

Jan Smuts was in that class too. In the mid-1930s Harry Lawrence told Smuts he was thinking of resigning from the cabinet because he couldn’t bear Hertzog’s racial policies. Smuts said he felt much the same – but he wouldn’t resign. He was, he said, certain that war in Europe was inevitable and his top priority was to be in the cabinet then so that he could ensure that South Africa sided against Hitler. Smuts had successfully read the international situation – better than most European politicians – and years ahead of time had planned his strategy to take South Africa into the war on the Allied side. The intellectually brilliant Smuts also had incomparable foresight and judgement.

But as Enoch Powell said, “All political careers end in failure”: Macmillan was forced out after the Profumo Affair and then saw his party lose an election. De Gaulle never recovered from May 1968 and was ejected by the 1969 referendum. And Mitterrand ended up having reversed many of his own reforms and left his party not sure what it believed in. It has since all but vanished. Smuts was defeated ignominiously in 1948, even losing his own seat.

So politicians fail. And they get criticised. This is not personal. It’s systemic.

Helen Zille has recently expanded on the strategy she outlined for the BizNews conference. She repeats the idea that the DA should throw in its lot with the “constitutionalist” Ramaphosa wing of the ANC. This after the ANC loses its majority in 2024 and is forced to choose a coalition partner. Either it chooses the EFF or the DA.

“Whichever choice it makes”, she writes, “would be accompanied by the much-needed rupture between the constitutionalists and the race autocrats. Of course, there is no guarantee that the reformists will win this battle, but they have the best chance if the DA forms a substantial, consolidated voter bloc to serve as a stable, capable anchor tenant in an emerging coalition of constitutionalists.”

I had earlier pointed out the implausibility of this position. In particular, I had pointed out that this strategy depended on Ramaphosa

(a) being willing to split the ANC by making a deal with the DA, despite the fact that thus far he has made ANC unity his guiding light;

(b) being willing to fight to the death against two of his principal backers, the SACP and Cosatu;

(c) being able to win over around two-thirds of the ANC against these formidable opponents;

(d) being willing to pass up a coalition with the EFF despite the fact that this alternative deal would not require a split in the ANC.

Ms Zille does not answer any of those points. She merely asserts that whether Ramaphosa chooses the EFF or the DA he will split the ANC. Yet, as I showed, a deal with the EFF would not necessitate such a rupture.

Why does Helen Zille believe all these implausible things? Because of her confidence in Cyril Ramaphosa “who, I believe, is a constitutionalist at heart”, she says.

That may indeed be true but clearly, Ms Zille also credits Ramaphosa with tremendous backbone and courage, a willingness to go down in history as the man who split the ANC and ended the Tripartite Alliance, and extraordinary political skills enabling him to win over a large ANC majority against the party’s two most powerful pressure groups. She apparently thinks he is a superman.

Sadly, the reality is otherwise. Mr Ramaphosa is a weak and timid man of limited ability. He also seems in thrall to Vladimir Putin.

Ms Zille also says that “the best chance” of the reformists winning the battle within the ANC lies with the DA forming a substantial, consolidated voter bloc etc. This is not really so. The DA can’t do much one way or the other to affect who wins the intra-ANC battle.

Note that if things were indeed to go the way Ms Zille hopes, the DA would face a very tough bargaining tussle with the ANC. The ANC reformists, still bleeding from their many wounds in battle with the RET faction, would be determined to show that they had not “sold out” or lost the faith in any way. They would insist absolutely on all manner of sacrosanct ANC principles and policies.

The DA would, on the one hand, want to persuade the ANC reformists that they ought to form a coalition with the DA – and simultaneously they would be having to bargain like tigers against one crazy ANC policy after another. And they would have to do that from a position of weakness, where the ANC reformists were more numerous than them, where the government would still be led by Ramaphosa and where all the civil servants were ANC cadres. And all this would be happening with the economy and society in tatters.

On top of that, the DA would then apparently coalesce with the ANC reformists to form a new majority “constitutionalist” party. How they would retain any shred of their liberal principles in such a grouping is hard to imagine.

Saying you believe in the constitution is a very vague credo – as Americans say, it means “voting for motherhood and apple pie” – so such a coalition would lack shape and definition and it would doubtless include all manner of incompatible people. The DA liberals would be outnumbered, they would have absolutely no experience in national government and the coalition’s leader would be Ramaphosa, who would be determined to show that he was no sort of liberal at all.

Clearly, the DA would be very lucky to survive such an experience. And as Tennyson puts it, “…tho the soldier knew, Someone had blundered”. For, of course, people ordered into battle on such hideously unequal terms know only too well that their leaders have let them down.

How does Helen Zille get into a position where she is effectively urging her party to commit hara-kiri? I would suggest that there are a number of key mistakes:

The best political strategist I ever saw was Francois Mitterrand, who began with a Socialist Party with only 12%-15% of the vote. He gradually re-modelled the entire French party system, won absolute majorities in two presidential elections and was President for fourteen years. He never publicly discussed his strategy or even alluded to it.

2, The Zille strategy is wishful. It is about things as she would like them to be, not as they are. This is fatal. A political strategy has to be based on hard, irreducible facts.

3. Helen Zille seems to have unlimited confidence only in Ramaphosa – her chief opponent. This is bizarre. Helen is an experienced politician and she was appallingly treated by some she had thought close to her in her own party. Few others would trust a man who sits on every fence and is beholden to Vladimir Putin.

4. It is a position of great weakness to advance towards the battle saying that your only hope is for your party to become the junior partner in a coalition with its chief opponent – and to be the supplicant, begging for such a deal. After that, you can only expect the very worst of terms.

5. The Zille strategy is strangely uncaring of her own party. Not only is she willing to volunteer them in advance as junior partners in government but she seems willing to envisage dissolving the party so as to meld into a new “constitutionalist” coalition with ANC reformists. As we have seen, such an experience would be likely to destroy the DA altogether.

6. Effectively the Zille strategy would place the DA into the safekeeping of Ramaphosa, who owes no loyalty to it at all. There are echoes here of her offer of the DA presidential nomination to Mamphela Ramphele – effectively handing the DA leadership over to someone who refused even to join the party.

Helen Zille would like me to spell out a better strategy for the DA. I do indeed have a number of ideas on the subject but see (1) above. I am not a party leader but such a strategy should not be a matter for public discussion.

All I can say is that Ms Zille is on much safer ground when she talks of “the inexorable decline of the country under a failing state”. These are, indeed, hard, irreducible facts and this evolution create strategic opportunities as well as dangers, opportunities that would not exist under an ordinary party system. The DA needs to consider that evolution and do some proper thinking about it.

R. W. Johnson is a British journalist, political scientist, and historian who lives in South Africa. Born in England, he was educated at Natal University and Oxford University, as a Rhodes Scholar. He was a fellow in politics at Magdalen College, Oxford, for twenty-six years; he remains an emeritus fellow. 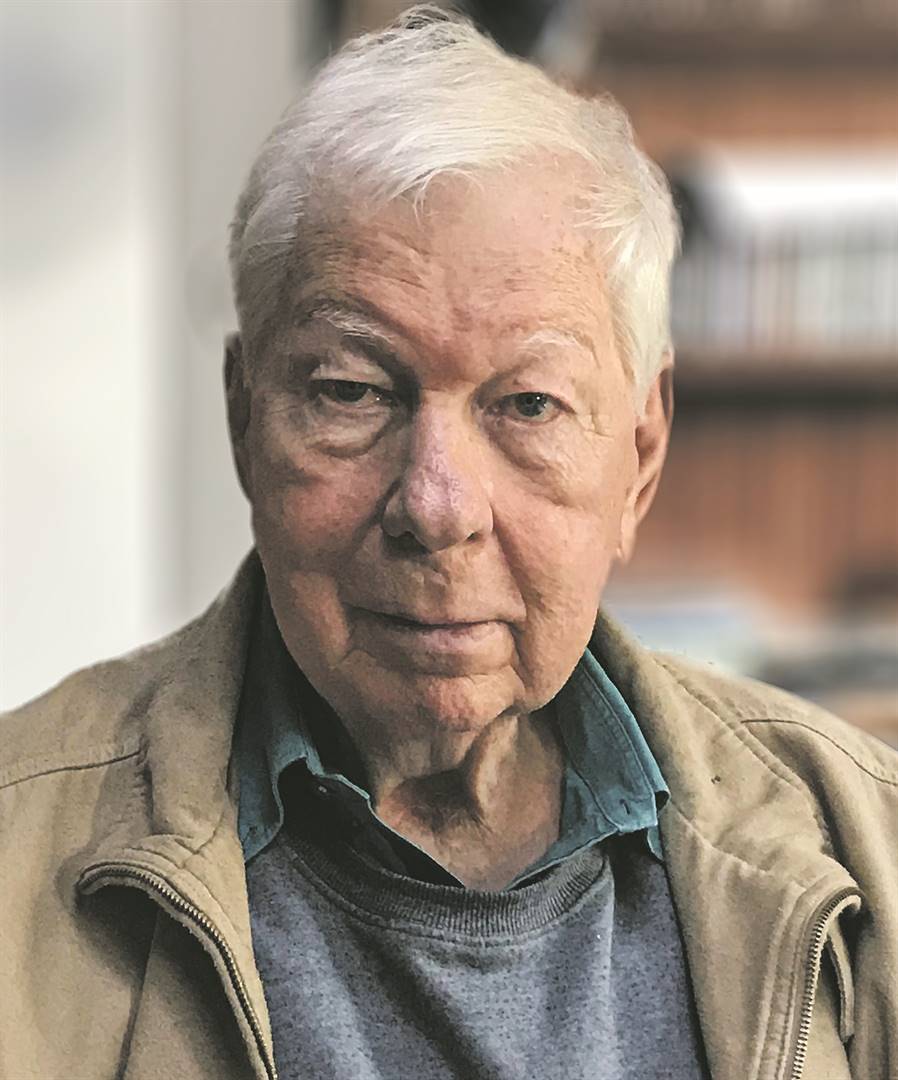