Michael Louis is a Member of Parliament and the founder of the Independent Candidate Association of South Africa (ICA), an oversight body to govern independent candidates, councillors and future independent lawmakers in South Africa. He is a businessman and director of the One South Africa Movement. He was a founding member of the African Christian Democratic Party in South Africa and served as party chairperson for six years.

The parliamentary portfolio committee on Home Affairs quietly rubber-stamped a government-sponsored bill on the day that all eyes were on the Finance Minister’s delivery of the national Budget.

In June 2020, the Constitutional Court ruled in the New Nation Movement judgment that South Africa’s current electoral system is unconstitutional, giving Parliament two years to make the necessary changes to the law.

With 100 days to go until this court-ordered deadline of 11 June 2022, the matter is finally before Parliament after much dithering and delay by both government and the National Assembly.

This week, the newly formed Independent Candidate Association of South Africa (ICA) argued in Parliament that the proposed electoral reform bill that has finally been introduced by government is deeply flawed and may, in fact, have ignored the directive from the Constitutional Court on electoral reform.

The bill before Parliament is problematic for at least two reasons and we believe that this renders it unconstitutional. We are proposing a reasonable alternative to avoid this matter being locked up in the courts for years to come.

The first reason is one of governance. This takes two forms, namely the executive arm and the legislative arm of government, and the intended role of each.

The executive has in numerous ways acted to circumvent any meaningful electoral reform from happening. This began long before the Constitutional Court order in the New Nation Movement judgment.

For the past 20 years, report after commission after panel has recommended, insisted and called for electoral reform. Since Van Zyl Slabbert’s report in 2002, political parties and former presidents have resolved that this is an urgent development required for our nascent democracy to evolve.

From the ANC’s Pregs Govender report to the DA’s James Selfe’s private member’s bill, to former president Kgalema Motlanthe’s High Level Panel — the message has been clear and consistent.

Electoral reform is not new to the South African political landscape. However, the executive arm of government has ducked and dived to avoid making any decision.

As early as 2017, we saw this trend and embarked on a process to challenge the matter in the courts.

After the seminal 2020 Constitutional Court judgment, I appointed a legal team of six — alongside Mosiuoa Lekota’s team — to draft an Electoral Reform Bill to give effect to the court judgment and to the several commissions preceding it.

It is our view that the executive has overreached and acted in contravention of the instructive Constitutional Court’s ruling with the bill that it published on 31 December 2021. The Minister of Home Affairs has referred to time-frame limitations in implementing the required reform, arguing that there is “no time” to implement a full overhaul of our electoral system.

In using this superficial rationale, the executive has usurped Parliament.

While the Constitutional Court gave Parliament the mandate to change the law, the minister has taken it upon himself to decide on the policy direction of the bill. The executive has reached a decision, issued a new bill and now expects Parliament to rubber-stamp its decision. This is not what the court-ordered.

In truth, the public has no idea how this bill arrived in Parliament.

Notwithstanding its fundamental flaws, there exists no logical flow as to how this version of a policy was forced on Parliament. Valli Moosa’s submission to the committee was a testament to this. He asserted that in every submission before the Ministerial Advisory Committee which he chaired, this bill’s intention and effect had never appeared. It’s like it was plucked from the sky.

The most suitable and most supported version of electoral reform — provided for in the Lekota bill — was rejected pre-emptively on the same day the Finance Minister delivered his Budget speech this year.

A policy decision that came from the executive was swiftly rubber-stamped by Parliament’s Home Affairs portfolio committee while all eyes were on the Budget speech.

In our view, this renders the bill in conflict with the Constitutional Court ruling, and therefore unconstitutional.

It allows independent candidates to run for only half of the available seats in Parliament (200 of 400) and thus requires independents to win double the votes a political party candidate requires to be elected.

We believe this bill is intended to discourage independents to stand and voters to elect them in favour of the current party-dominated system. This flies in the face of the spirit of the New Nation Movement judgment.

We included an annexure in our submission containing the Lekota “People’s Bill”, which is a suitable alternative to the Executive Bill as it avoids all constitutional hurdles and, most vitally, gives true effect and meaning to the Constitutional Court’s ruling in the New Nation Movement case.

The People’s Bill must be put back on the table.

The ICA is consulting legal counsel on whether Parliament is conflicted. We believe it may very well be, and if that is the case, we will ask the President to call for a national referendum to allow the people of South Africa to choose which electoral system they prefer. DM 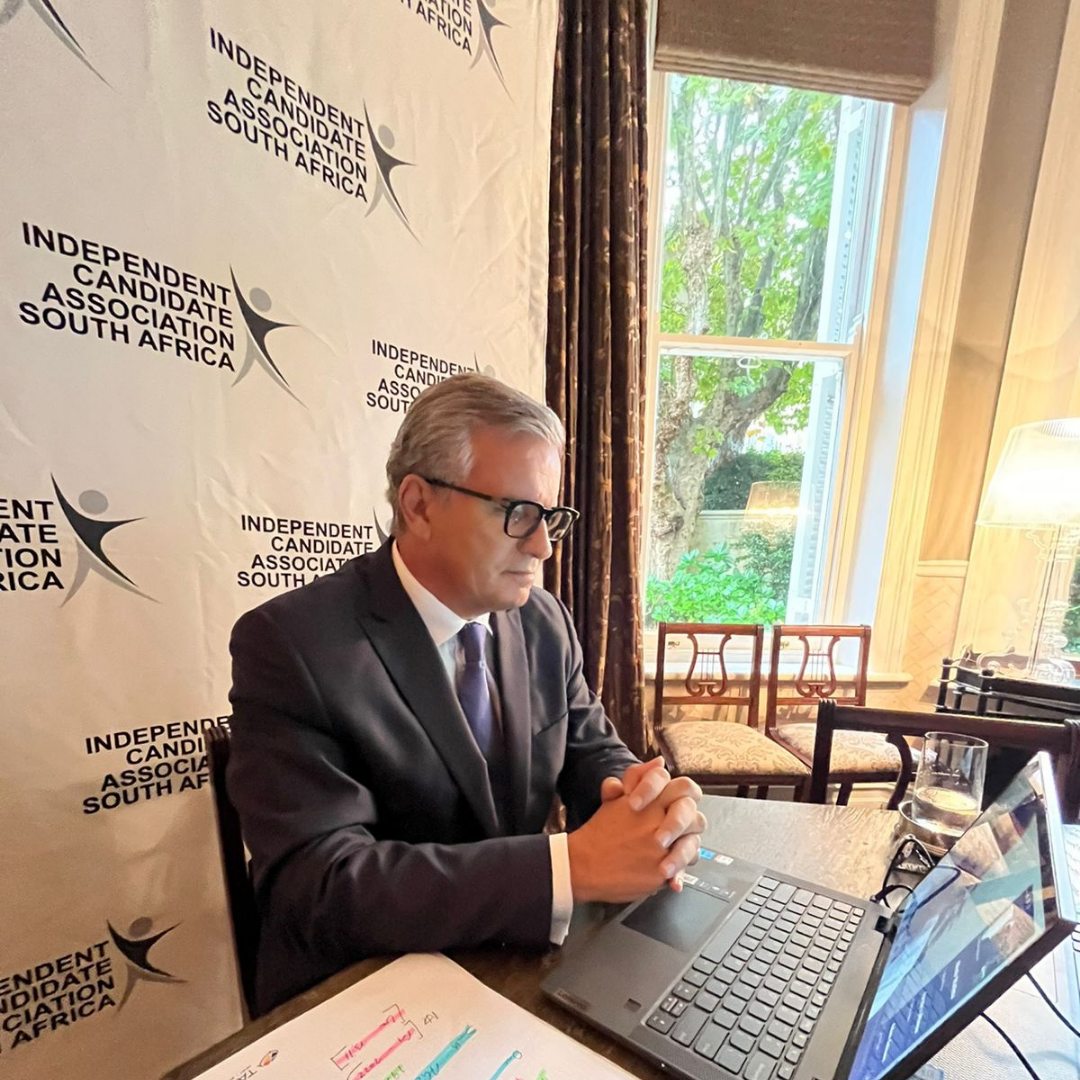